There is a term in economics called a soft landing. A soft landing occurs when there is a noticeable economic contraction after a period of expansion where the contraction is not severe. In a soft landing, the economy cools down like a plane during a smooth touchdown. Over the past few decades, the prices for citrus essential oils have experienced neither soft landings nor soft take-offs. Prices for citrus oils have experienced steep increases often followed by equally steep decreases immediately followed by rapid increases approaching pre-crash levels. This has created an economic and psychological roller coaster for companies and individuals whose job it is to purchase citrus essential oils.

In 2019, prices for orange, lemon, and grapefruit declined to their lowest levels in almost a decade. Conventional wisdom based on prior history suggested that once the bumper crops were over, prices would go up. We thought that would hold true for orange but were less certain about the price direction for grapefruit and lemon. Persistent reports of bad weather during 2020 regarding the citrus producing regions, combined with issues relating to COVID 19 to create an expectation that higher prices were just around the corner.

During the first six months of 2021, the weather in South America improved to mitigate the worst expectations. While the current 2021-2022 production season of oranges in Brazil is down nearly 30%, it is in line with the crop sizes for half of the last ten years. Prices for orange oil are up significantly while the price of orange terpenes has remained steady. This combination has led to higher costs for folded orange oils since the terpenes offset is low. Further, production in Mexico, while higher than in 2019-2020, is still below average. While we do not anticipate any shortages of orange oils, the cost of orange oil is up.

Our institutional memory goes back about fifty years and never in five decades has the price of lime oil distilled been higher. The reason for the high price is high cost. The high cost is driven primarily by the cost of industrial fruit. Over the past ten years, an ever-larger percentage of the total amount of harvested lime fruit is consumed as fresh. At the same time, there has been a reduction in the number of processors of lime oil. The processors are forced to compete for the small amount of fruit and that has led to higher prices for the industrial fruit.

It is probably fair to state that there is almost no speculative production of lime oil. Lime oil is produced in significant quantities based on contracts. If the processors cannot reach an agreement on price for oil, they do not overproduce. So far, in 2021, there was modest production in Peru. The same was true for the winter production in Michoacan. Colima has been slow to start.

The combination of circumstances leads us to conclude that high prices for lime oil will remain until the new crop in Peru and possibly until next summer.

If you need lime oil either distilled or expressed, now is the time to contract.

The production of lemons in Argentina had been favorably impacted by much needed rain. The improvement in the weather has led to a forecast revision that shows an increase in the size of the lemon crop to 1.15MMT of which over 830MT are forecasted to be processed. Production of lemon oil in Argentina will certainly be down from 2020. But 2020 was a banner year. The production of oil may also get a bump if the exports of fresh lemons decrease.

New crop lemon oil prices from Argentina are up but have not increased to their post-decline levels. We believe there is sufficient demand for lemon oil at the new price. In addition, processors have gone into this season with very little carry-over inventory from last year. Lemon oil from Spain and Italy was produced for the first time under the new European regulations for chlorpyrifos.

This season, there was tiered pricing based on quality. Whenever there is a new regulation, it takes a couple of years for the producers to re-tune their production. We anticipate the transition will continue in 2022.

Grapefruit oil production was extremely low in 2020. There was very little oil produced in the US, particularly in Texas. Even with meagre production, low demand kept prices even. We have seen a slight rebound in both the demand for and pricing of red and white grapefruit oil. Increases have been modest, and we expect the price curve will flatten.

The anise tree which is primarily grown in the Guangxi Province in China is experiencing a shortage and higher prices at least until the November/ December harvest time. The demand currently exceeds the supply, so we would urge you to cover your needs for the next 6 to 8 months as shipping is easily delayed 1-2 months. C&A has a strong position on both essential oils which can help keep your costs down during this difficult time.

This beautiful, unique apricot-peach flavor is grown in a very small radius in southwestern India. This past fall, with the hopes of a bumper crop after last year’s short crop, uncharacteristic heavy rains impacted the fragile new plantings in the nurseries. The net affect was a seed shortage for planting. During the short growing season, another untimely rain further damaged the already short crop. We have reports that the February/March production is 40% below average. If all the news wasn’t bad enough, another wave of Covid-19 hit India, which made the harvest even more challenging. It goes without saying that almost every essential oil has been impacted by higher labor costs, in addition to transportation costs in every aspect of production. We recommend covering your needs this summer before the second year of short production becomes a big problem.

While the planting of ginger was similar to last year, the pandemic has sharply increased the use of ginger. In my many conversations with China, they feel the next harvest later in the year, which is then distilled in March (2022), will continue to put pressure on the availability of ginger which has already had an impact on prices. This is especially significant given all the financial challenges facing China. Our recommendation is to stay at least 6 months ahead in your purchases.

As of the time of writing this report, it has been reported that this oil is in crisis as the Chinese government is not allowing the harvest of wintergreen trees that are near the tourist areas in Natural Preserves. Early indications are that the crop could be 90% short, which is a devastating figure. We would advise giving us your requirements as soon as you read this as we are already trying to secure material in this extremely challenging situation.

Questions? We'd love to hear from you – Contact us with any questions regarding this market report. 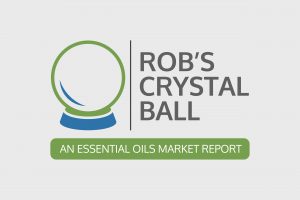 With regards to orange, lemon, lime, and tangerine, the problem of logistics has overshadowed the traditional challenges caused by weather, and normal concerns relating to supply and demand. When you 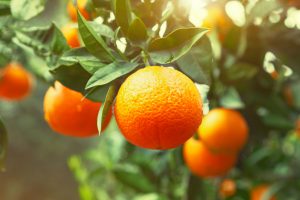 C&A’s large inventory of different varieties of orange oils from various growing regions around the world allows us to be your one-stop-shop for purchasing orange oil. When it comes to